Hit enter to search or ESC to close

“It is paradoxical that many educators and parents still differentiate between a time for learning and a time for play without seeing the vital connection between them.” 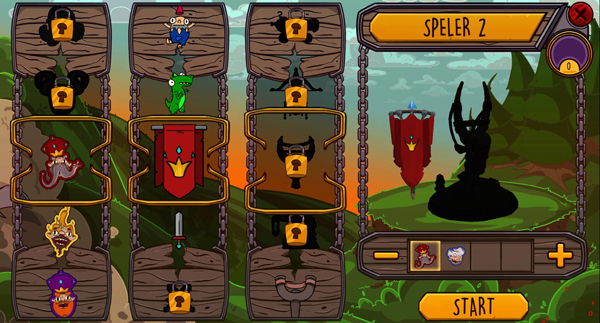 Today almost everyone, including children, has a smartphone in their possession.
With the technical development of smartphone has opened doors for new ways of education. That is why we created a game which is both fun to play as educational for players.

Toppie Topo is an applied game to give people a fun way to learn topography. The strength of this game is that players are duelling against each other, thus challenging each other’s knowledge of the topography of Europe to win the game.

To take over countries, players shoot with a catapult at a state and answer a question chosen by the opponent. The goal is to take over as many countries as possible from the opponent.
The player who has conquered the most countries at the end of the match is declared the winner.

The educational aspect of the game is mainly driven by (friendly)
competition.

For example:
If two players play the game together and player 1 wants to take a country from player 2, then player two will always choose a problematic question for player one because he doesn't want to lose his land.
By challenging each other, the players learn topography and connect at the same time.

By playing multiple matches, players can unlock new catapults and logos. This will offers players a lot of ways to personalize the look of the game to their liking. 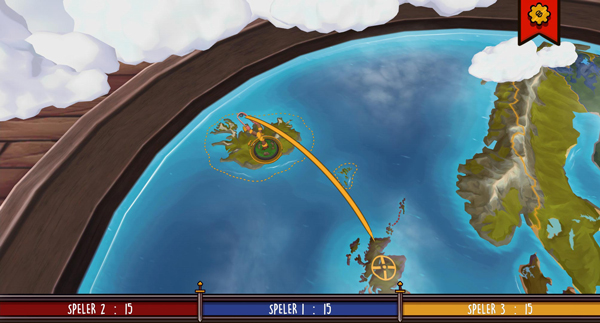 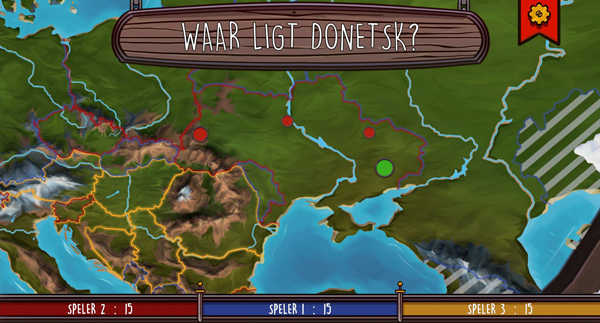